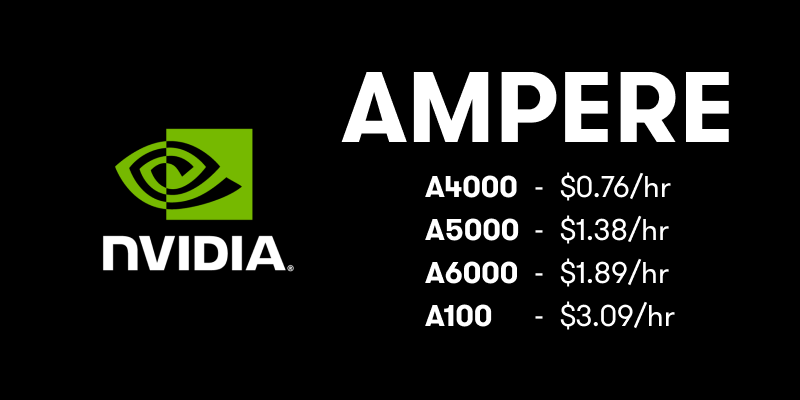 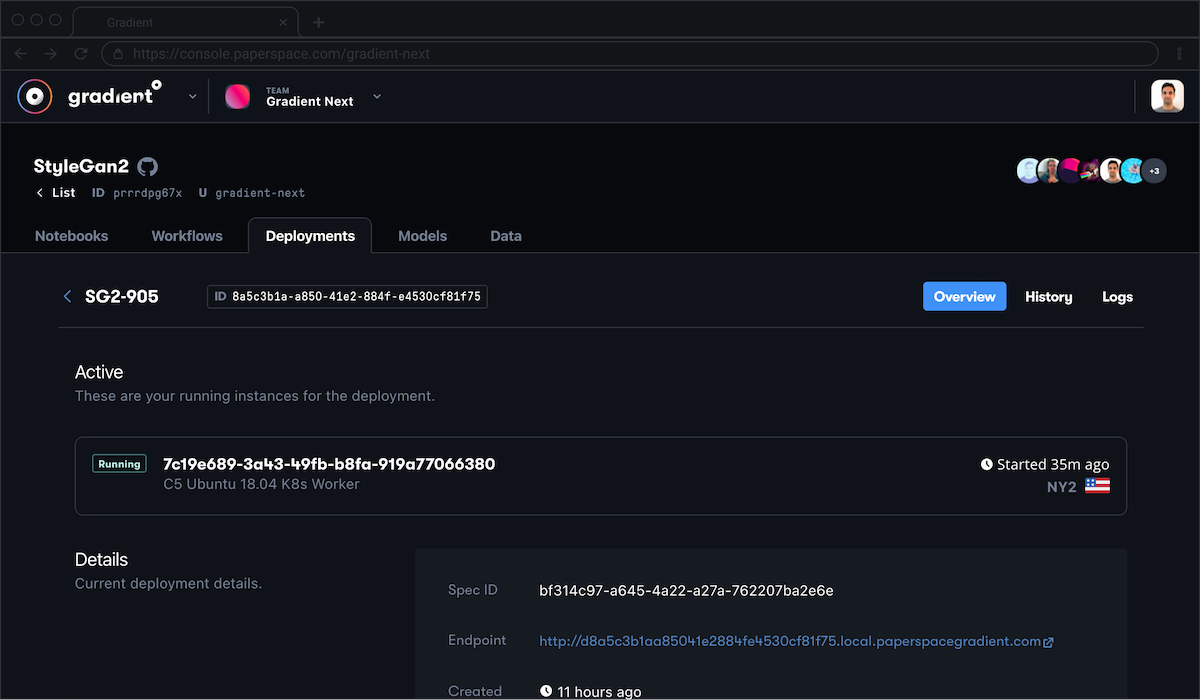 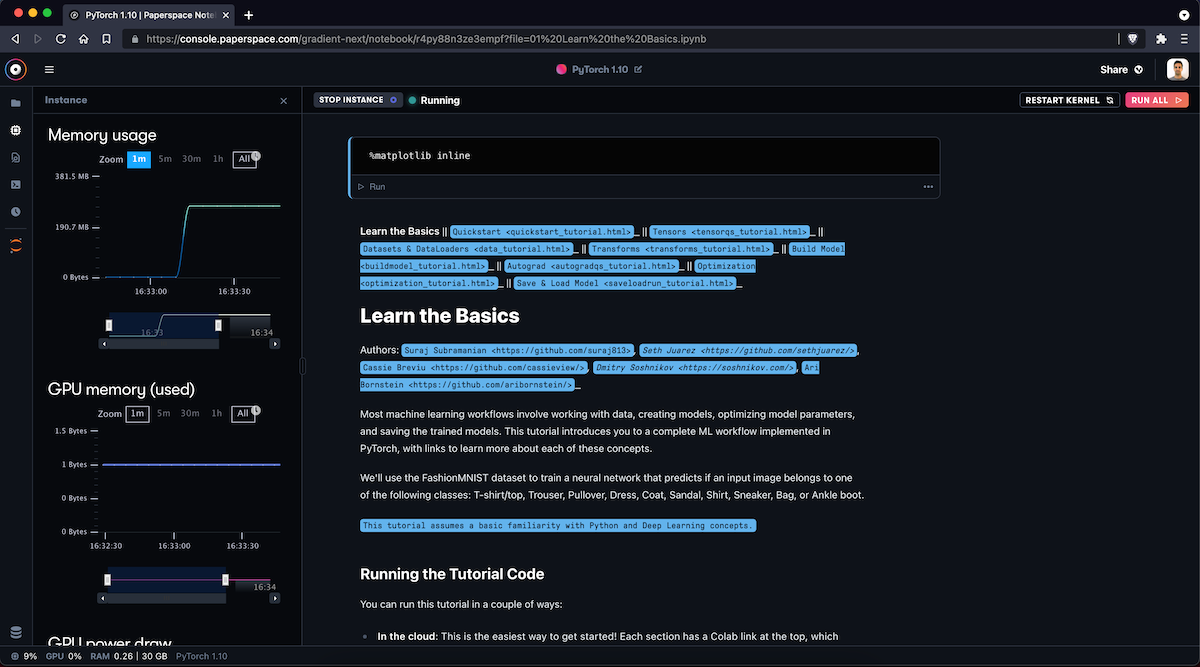 Gradient Notebooks just received a substantial speed boost during startup and teardown! As a result, you should experience snappier notebook starts and stops. 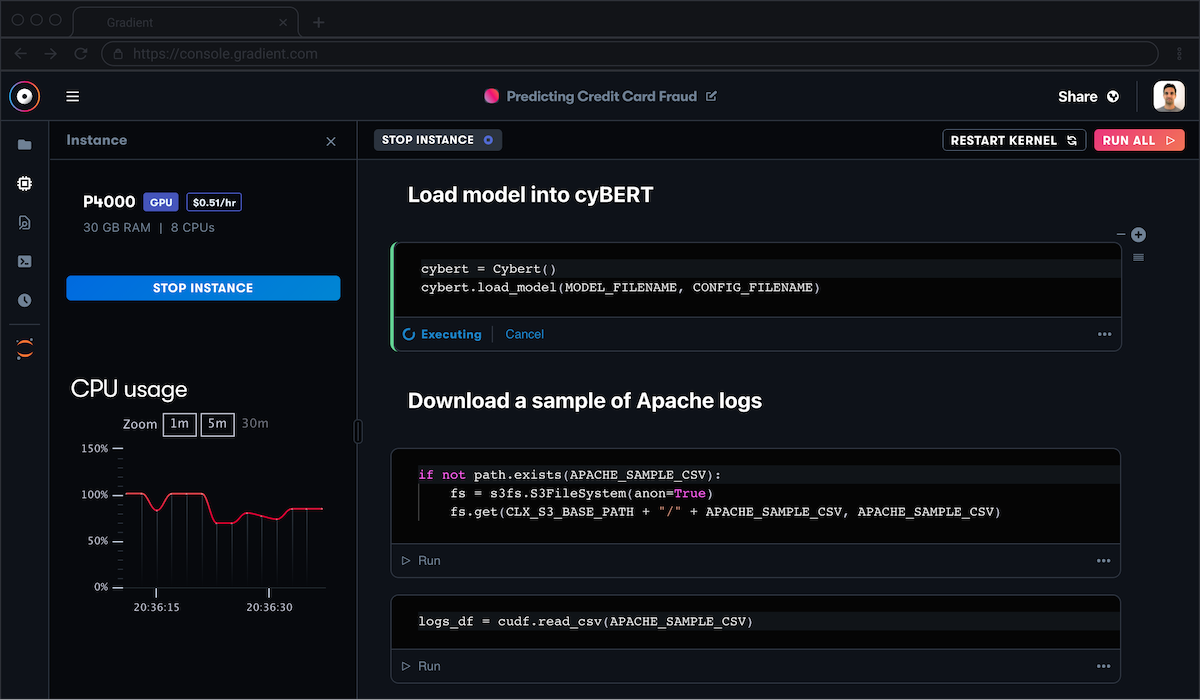 We've streamlined the architecture behind Gradient Notebooks to enable this improvement.

What you need to know

You will now need to install dependencies each time you start a new session.

We recommend that you import libraries and dependencies at the top of your notebook or within a separate requirements.txt file.

We've added RTX4000 and RTX5000 instances to CA1 and NY2 regions, as well as multi-GPU instances for Linux, and new low-cost CPU-only instances for Windows!

These cards are based on NVIDIA's Turing microarchitecture and are more than 40% faster than their Pascal series counterparts.

You can now access multi-GPU instances across all regions when selecting Linux as your OS! 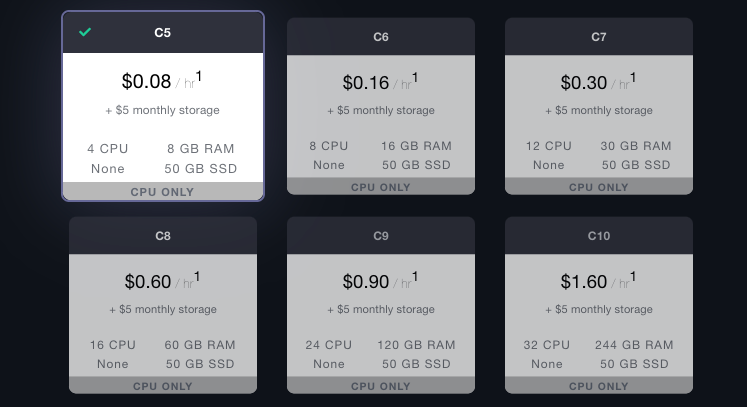 Last month we introduced a product selector to the console. 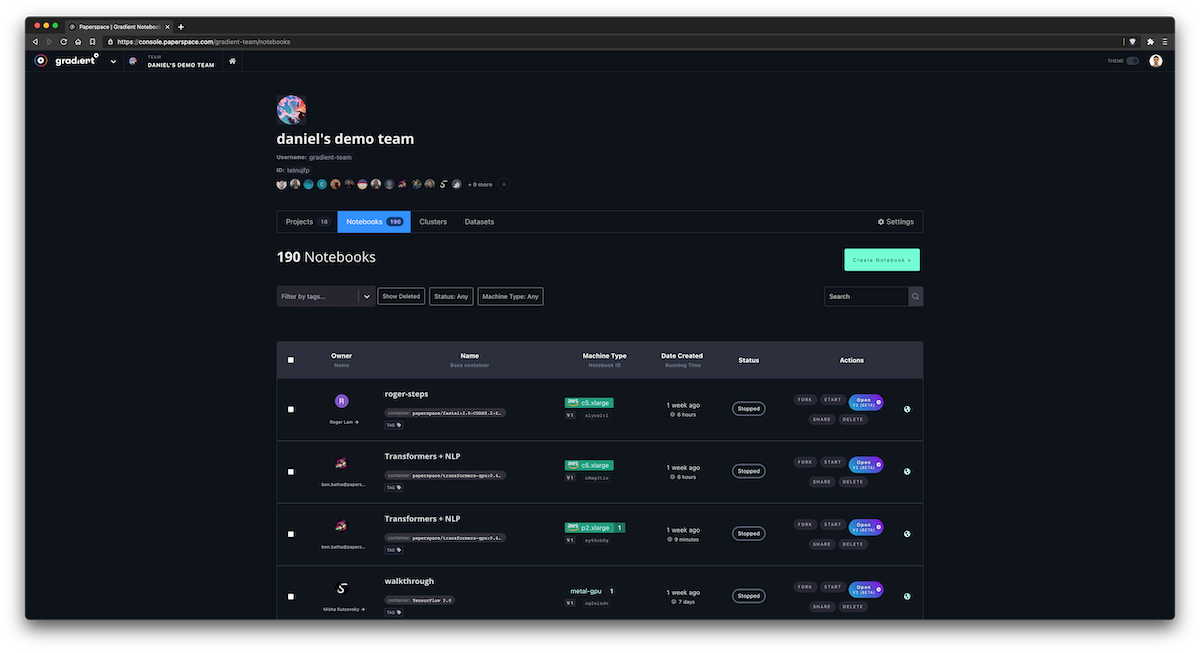 You can now find all entities that used to appear in the sidebar on the horizontal subheading bar.

We hope you enjoy the breathing room.