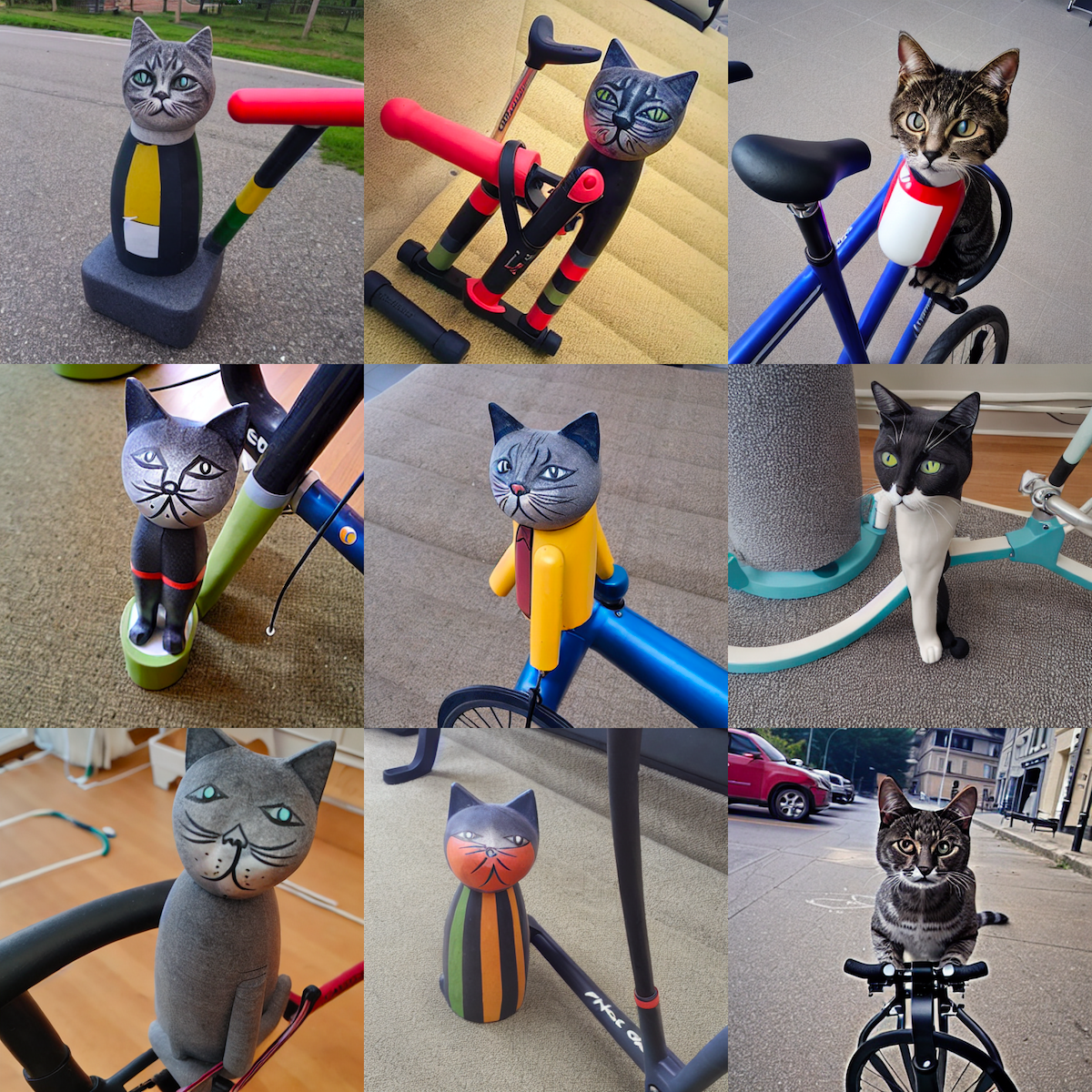 We just published a two part blog on getting stable diffusion up and running with Gradient notebooks using Dreambooth. In part 1, we walk through each of the steps for creating a Dreambooth concept from scratch within a Gradient Notebook, generated novel images from inputted prompts, and showed how to export the concept as a model checkpoint. In part 2, we show how to train textual inversion for Stable Diffusion, and use it to generate samples that accurately represent the features of the training images using control over the prompt.

To make it easier for our free users to take advantage of the platform, we have also released the Stable Diffusion models as Public Datasets. These can be mounted in any Gradient Notebook, and removes the need to download the files from HuggingFace each time you restart the notebook. Furthermore, these files will not count toward the storage limits for Free GPU users, so they will no longer be limited by storage space. Be sure to try out the new process!

We’ve added the ability to autoscale your Gradient deployments by adding scaling criteria to the spec document. You can autoscale the deployment based on specific metrics including CPU utilization, memory utilization and # of requests. Documentation on how to get started can be found here.

Additionally, the spec has been updated with an enabled flag both for the deployment as a whole and the autoscaling feature. This can be used to turn the deployment and feature on and off. Previously, you had to go into the spec and change the number of replicas to 0 to turn a deployment off. 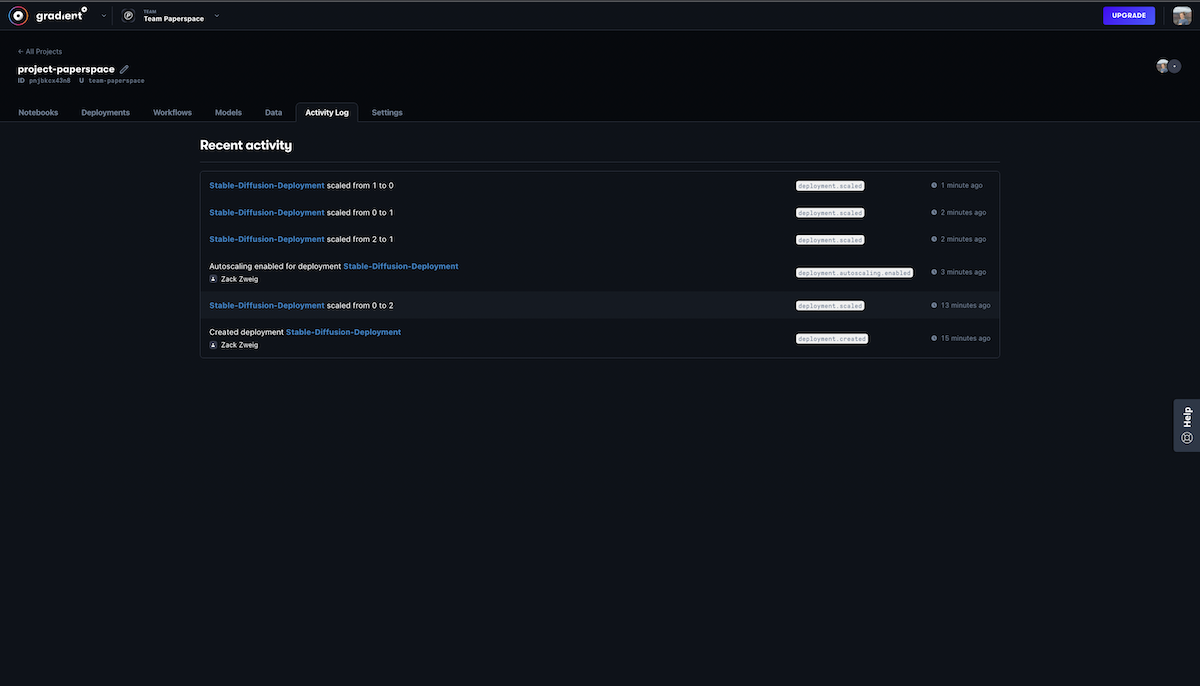 To track autoscaling events, deployment updates, and deployment start/stops we also added an activity log which can be viewed from the Activity Log tab in the project view.